Windows Phone is dead, but Microsoft apps are everywhere, including Cortana. To get the latest features, here’s how to join the beta program on Android.

Just last year, Microsoft officially called it quits with its Windows Phone business – it just never could catch up to Google or Apple. However, when it comes to its own mobile apps, Microsoft has been determined to be on both platforms. Android seems to be where the company is most focused, though. You can find hundreds of Microsoft apps for the mobile platform and even Redmondize your Android.

Next to the Edge browser and MS Office apps on Android, Microsoft’s digital assistant, Cortana, is a pretty big deal. In fact, you can make Cortana the default assistant on your phone. And recently it was reported that Cortona is getting a major UI refresh and new features in version 3.0 that include the following:

It’s currently only available in the beta version and if you want to take part in the beta program, here’s how.

Install the stable version of Cortana from Google Play if you don’t have it already. Launch Cortana and hit the menu on the upper-left corner of the main screen and tap on Join Beta Program from the menu. Then you need to log in with your Google account and take the extra two-factor authentication(2FA) step. Because you do have 2FA enabled, right? And that’s all there is to it! You’re now a part of the beta testing program. 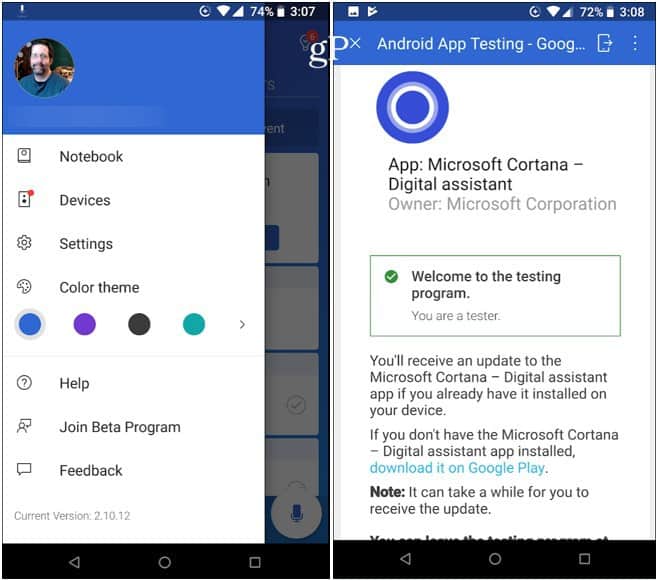 If you want to leave the program, just select “Join Beta Program” from the main menu. The swipe to the bottom of the screen and tap “Leave the Program” button. Or, you can leave the program from the Cortana Beta page on Google Play. 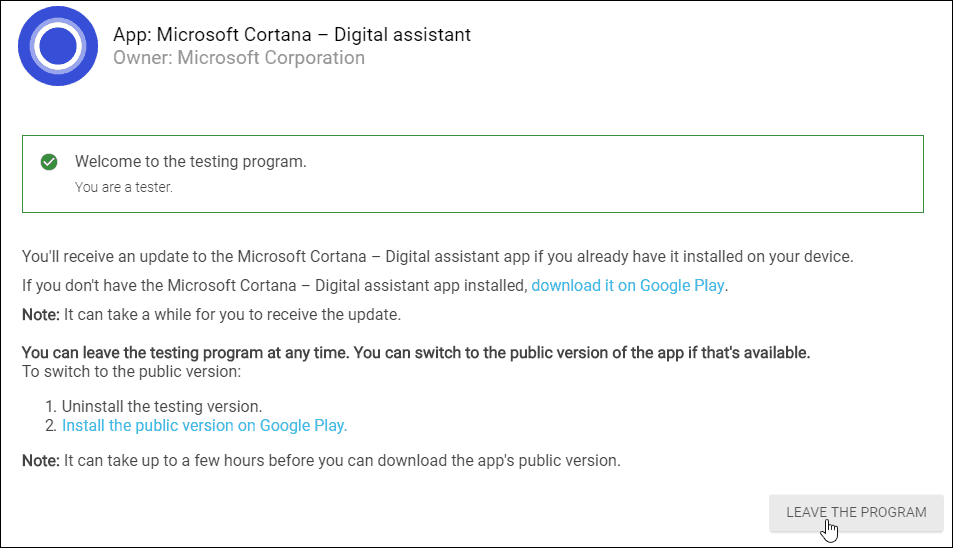