Microsoft’s Windows Phone never quite made it in the mobile phone market, but the company is doing a smart thing with developing its own apps for the other two big mobile platforms, Android and iOS. If you’re a Microsoft enthusiast and have adopted Android, you will want a simple way to find the available Microsoft apps for the platform. While you could look aimlessly in Google Play for Microsoft apps, there is an easier way, and it’s actually an app. Yep. It’s an app to find apps.

On your Android device download Microsoft Apps to your device. It’s currently still in beta but has been updated several times. The most recent update, at the time of this writing, is version 3.0 which includes options for users in the Windows Insider Program. This lets you use handoff abilities using the Continue on PC feature and more.

This app provides a central location to discover and download all of its available apps for Android. Not only does it allow a one-stop shop for all official Microsoft apps, but it also makes them easier to sort through with categories or what’s popular at the time. When you first launch it, you’re presented with a button to install popular Microsoft productivity apps like Office, Skype, and Cortana. 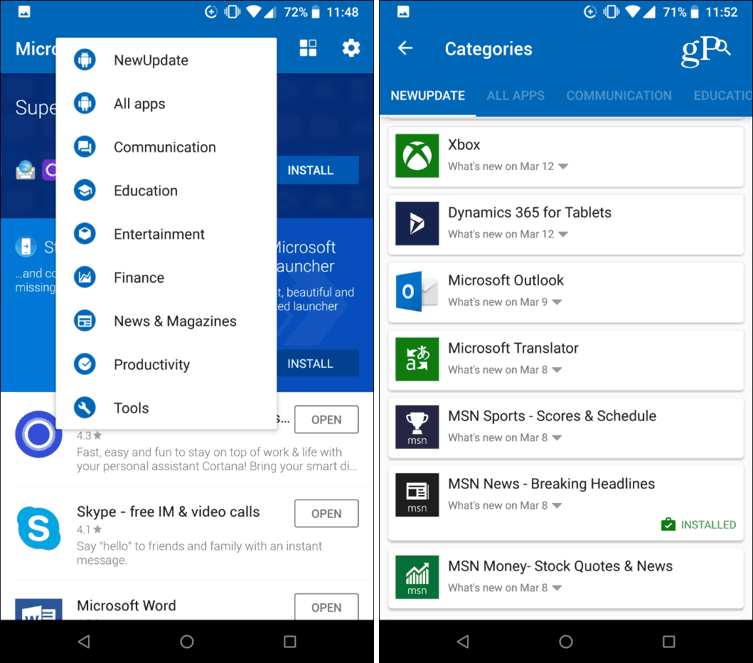 If you prefer to send apps to your phone from your web browser, there is another way to find official Microsoft apps. Search for a popular app like Xbox or Skype in the Play Store. Then, from the main app description page click on the Microsoft Corporation link. That will bring up the Microsoft page that lists all Android apps developed by Microsoft. 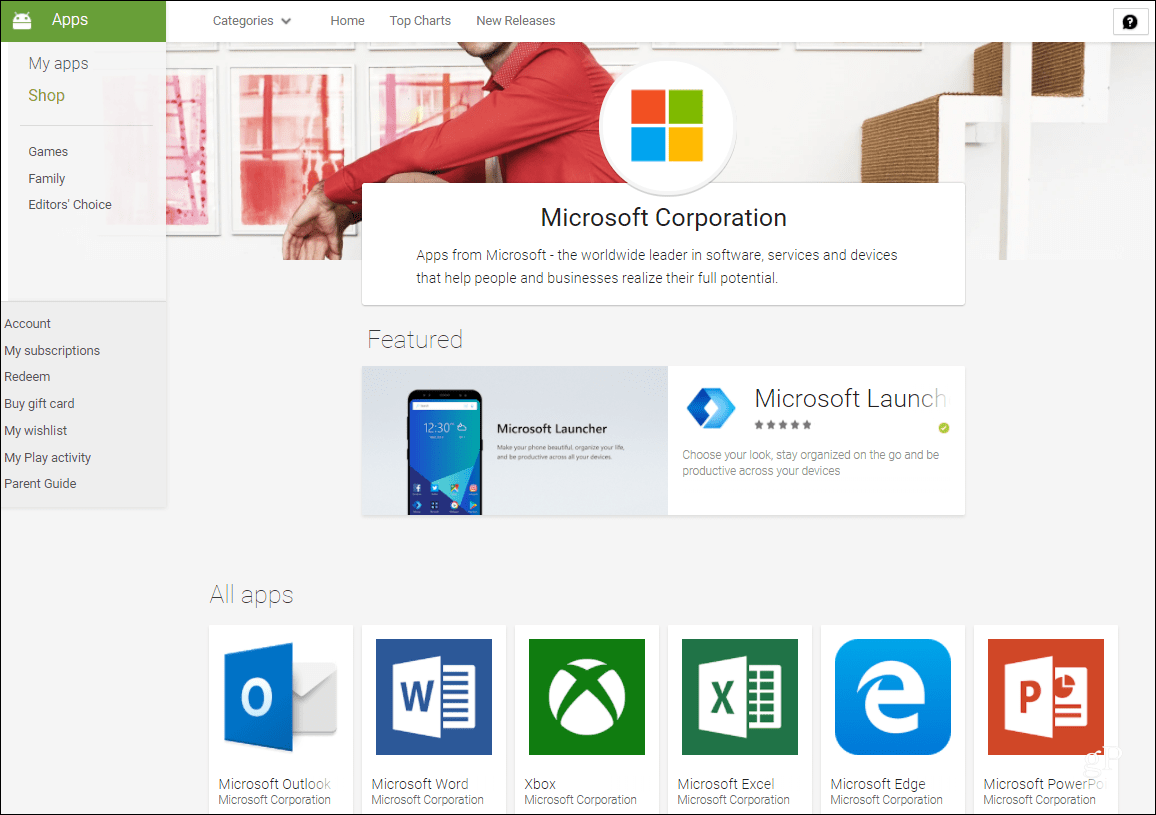 This ensures you are getting official apps from Microsoft and not third-party knock-offs when searching Google Play Store. It will help you to “Redmondize” your Android phone as much as possible. By installing the Microsoft Launcher and all the official apps, you’ll almost forget you’re using Android…almost.

What are some of your favorite Microsoft for Android? Let us know which ones they are in the comment section below.