Moving from Windows Phone to Android is generally a painless process, but there are some cool things you can add to make it easier and seem familiar.

If you were a Windows Phone user and moved to Android, there are Since Android is highly customizable compared to iOS, there are solid ways to customize your user experience. And over the past few years, Microsoft has been doing a great job in making its own apps available for Android. Here is a look at some ways you can make “Redmondize” your Android phone so it’s more like a Windows Phone.

Android for the Microsoft Guy

There are a couple of nice free apps that will make your Android phone look and feel like the familiar Windows Mobile environment. One app that fits this bill is Microsoft Launcher. This launcher is completely free and developed by Microsoft. It includes a lot, and I mean a lot, of customizations for themes, icon packs, and gestures. It integrates well with other Microsoft services like Office 365 and with a Microsoft account will sync your contacts, calendar, documents and more. It also includes a Bing search bar that supports Visual Search and it works with the Continue on PC feature. 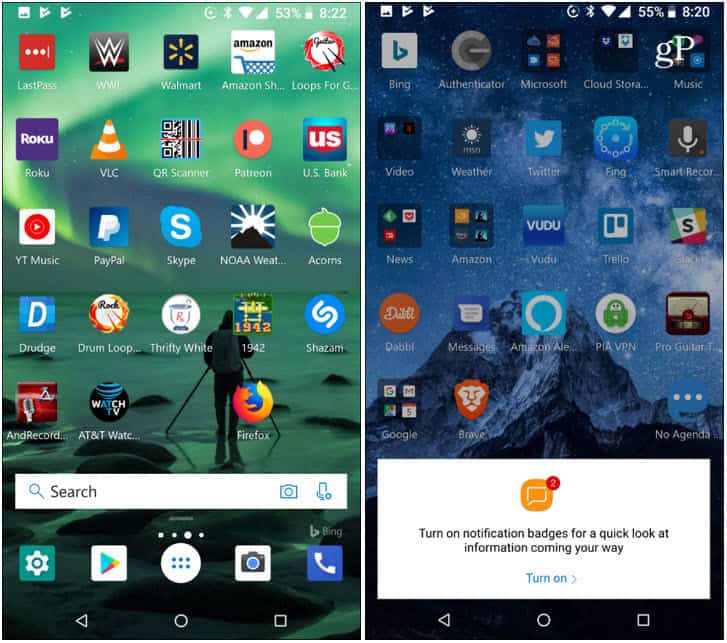 Another launcher you might want to try out is Launcher 10. This one replaces the Android grid of icons on the home screen and provides an experience of Live Tiles. They work like you’d expect on Windows Phone, too. You can slide them around, resize tiles, change their icon, and tap to launch the app. It even has an All Apps section just like Windows Phone. A couple things to keep in mind with this app. It’s a tad slower than Microsoft Launcher. It’s also ad-supported and includes in-app purchases for new wallpapers and icons. Still, it’s a cool throw-back and you almost forget you’re using Android. 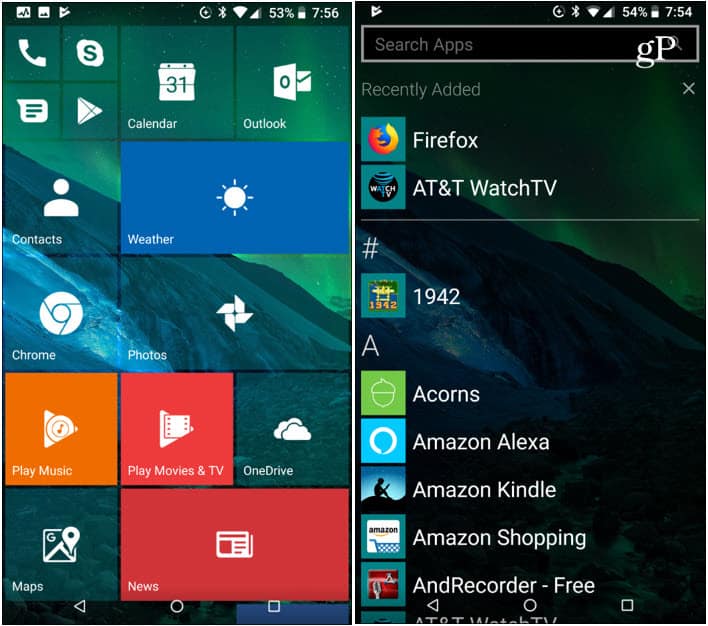 All apps are listed in different categories like Communication, Entertainment, Productivity, and others. When you first launch it, you’ll find the essential apps like Office, to Skype, Cortana, OneDrive, and Microsoft Edge. You’ll also find lesser-known apps like Microsoft News, MSN Weather, Sports, Xbox, Remote Desktop and some you didn’t even know existed. 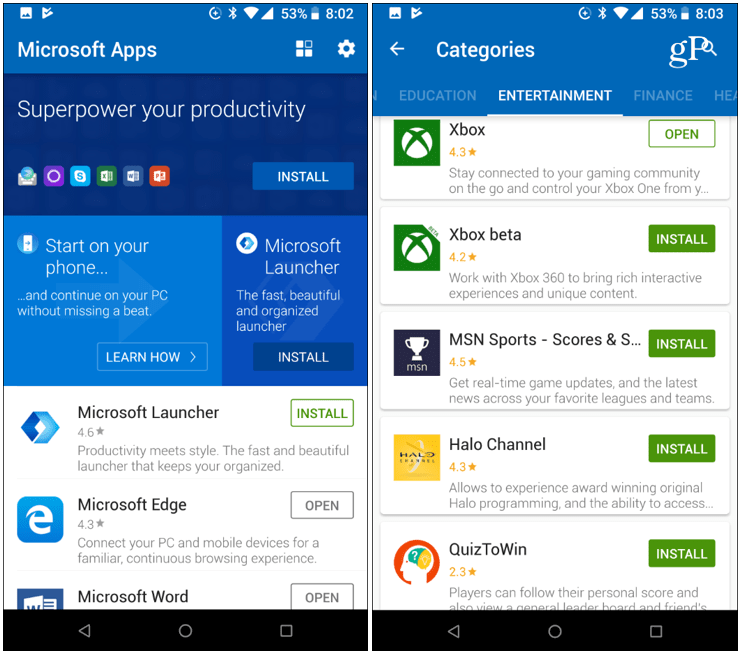 So far, in my experience, the launchers and apps seem to work best on devices with stock Android like a Google Pixel — Samsung really pushes its own UI and apps on its Galaxy phones. If you’re a Microsoft enthusiast and sad that Windows Phone was a casualty of Microsoft tech that died in 2017, it’s good to know there are simple options to make the switch to Android easier.