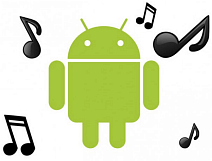 Music Player (Remix) for Android has all of the features a music app should include and more. If you’re a music connoisseur here’s a look at what you get.

Once the app is installed, you’ll get an interface which is a breeze to master and has different portrait and landscape views, which makes the most of the screen real estate. 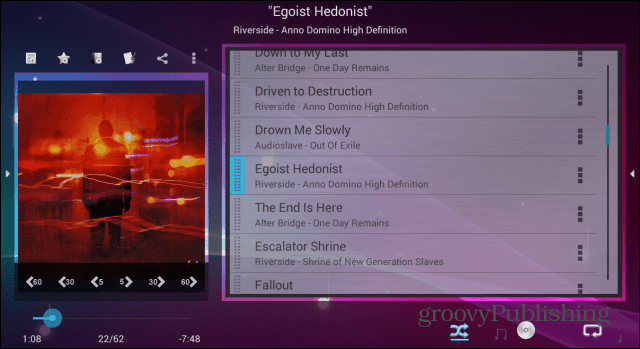 The interface is easy to use and displays the album art of the track you’re playing. Then controls for the apps are split into three areas — tapping the bottom left or right corner will move the player to the next or previous track, while tapping the upper half will pause or resume the track.

The same main screen also has some useful buttons above the album art. The buttons let you add the tracks to your list of favorites, to a playlist (which you can create if it doesn’t already exist), or even to share the song. 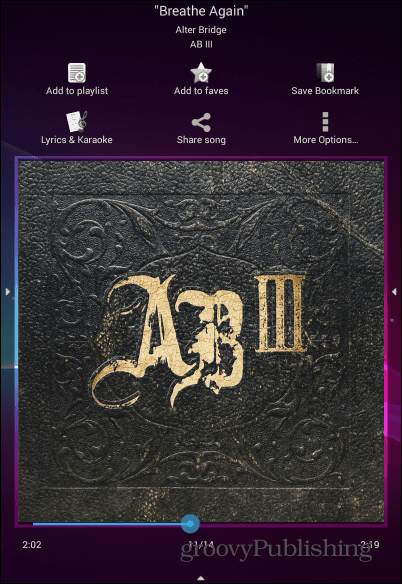 If you tap to share a song, the app will find a YouTube video of it. Then you can share it on your favorite social network. 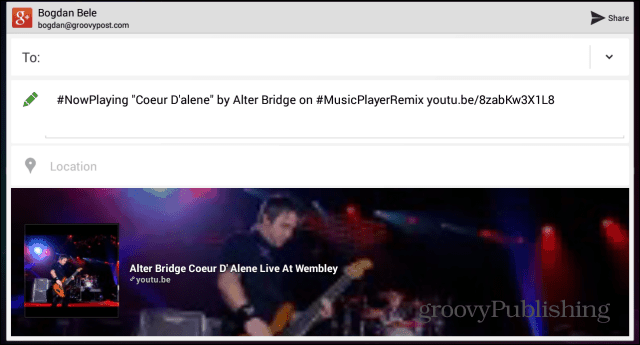 Here’s a fun feature. If you’re into screaming along with your favorite tracks, then the Lyrics & Karaoke button is for you. This will find the song’s lyrics and lets you can sing along and record your performance. The lyrics portion of this is cool to follow along, and the karaoke aspect is fun when you’re with friends or at a party. 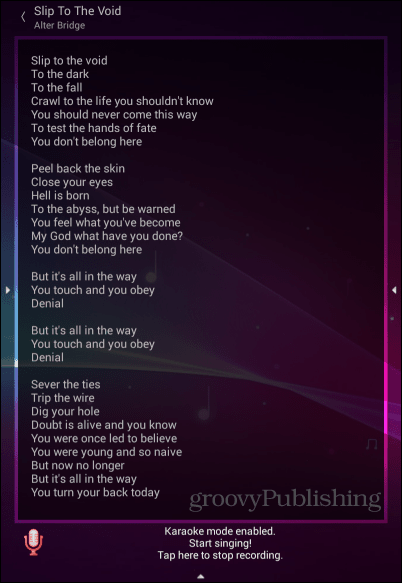 Apart from the main window, the app uses the same gesture principle to provide you with some more useful features. So, if you slide your finger left to right, you’ll get a Lists view, showing you your own playlists, favorite tracks, as well as auto-generated playlists. 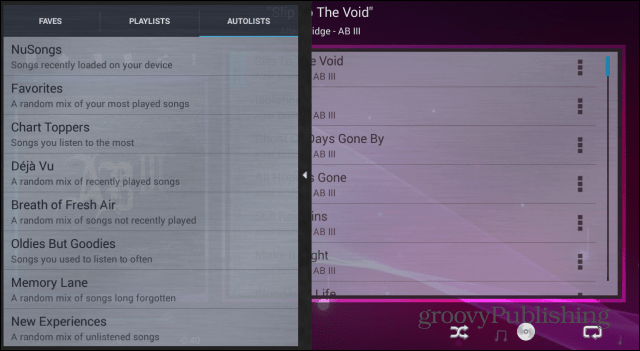 Swiping from right to the left brings up a sidebar which includes even more features. The menu includes the ability to search for songs, playlists, music genre’s, artists, or albums. There’s also an option to shuffle all of your tracks. 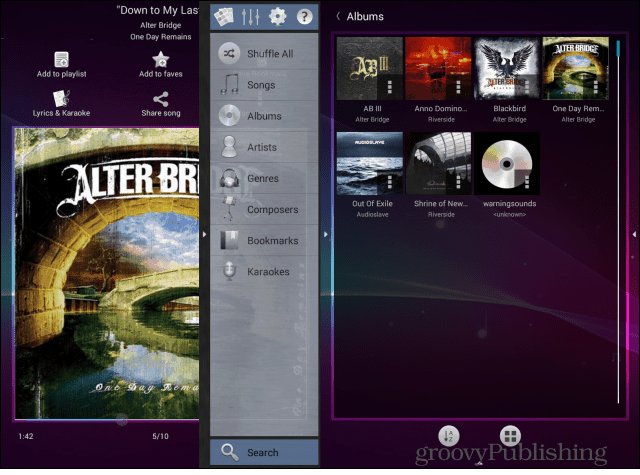 There’s also buttons at the top of the menu that include icons to customize the player’s appearance. It lets you change the basics like the background and menu colors and it also lets you customize the app’s widget. Another benefit is it includes an equalizer with presets and you can manually adjust it too. Speaking of equalizers if you prefer a separate EQ for your device, check out the Music Equalizer app — which is free. 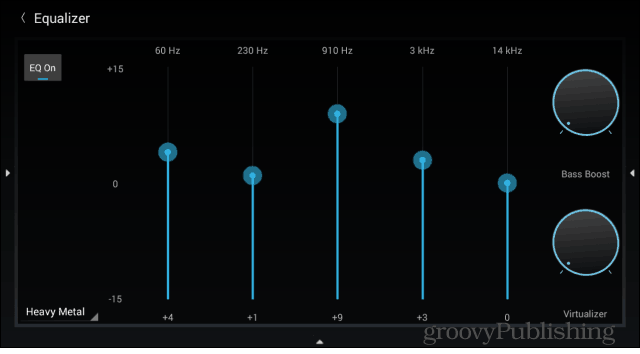 In the Settings menu, you can enter your Last.fm credentials if you want the player to scrobble your songs to the service. It also lets you add player controls to your device’s lock screen. 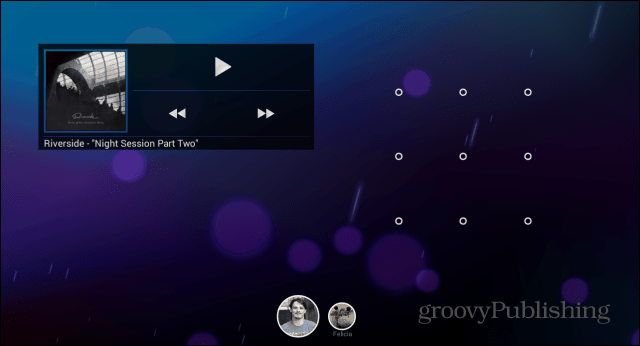 There’s also a groovy customizable mini player which the app shows in your notification area for easier access. 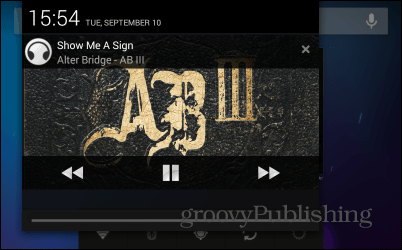 Music Player (Remix) is not a free app; it costs $4.99 to buy in the Google Play Store and I think it’s well worth your dime; however, if you want to try it for yourself, you can do that, as a 14-day trial version is also available for download and it includes all of the features of the full version.