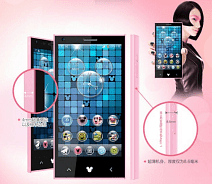 Android devices come in many unique form factors and varieties, but I have to admit that a Disney Android phone is something very special. The company has recently launched the device in China.

According to GSM Insider, the Disney Magic 1 is already available, with specs that could make it pretty interesting for your children or any fan of Disney really. Since the device has the number 1 attached to its name, it’s easy to presume that the company doesn’t plan for this model to be a one-off thing, and has a series planned. Who knows, it could be successful, too. 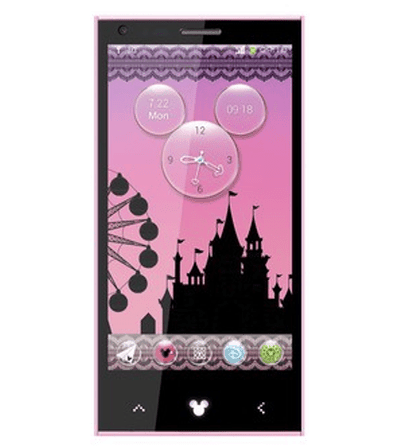 With all of the Disney fluff aside, we geeks want to know the specs, and here they are:  The Disney Magic 1 (which bears the code name Disney M007) has a 4.5 inch display with a 720p resolution, and runs Android 4.2.1, a thing which more important manufacturers have not managed to achieve yet although Android 4.3 is here.

As for processing power, the pink smartphone uses a MediaTek MT6589 quad-core CPU, running at 1.2 GHz, coupled with 1 GB of RAM memory.

It also has an 8 megapixel main camera, as well a 2 megapixel front-facing one for video calls. And you’ll be able to store the images and videos you’re taking in the 16 GB of internal memory. A card slot isn’t mentioned, but it’s likely that there is one on board. I have to admit that the Mickey Mouse head shaped home key is quite a nice touch as well as the themed interface. 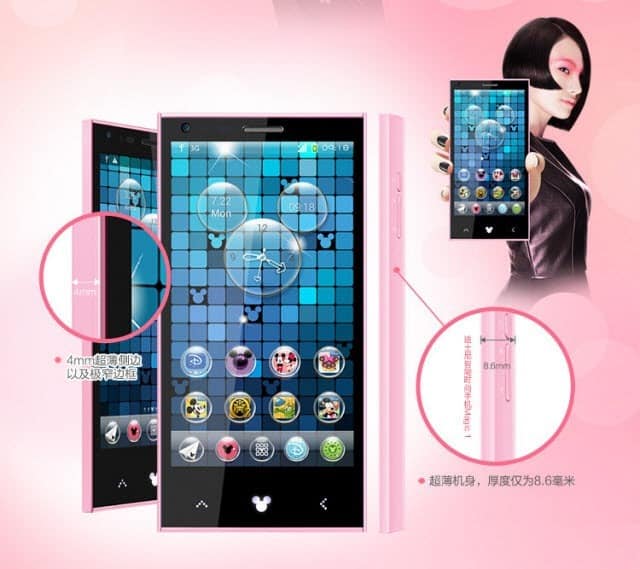 The phone is currently only available through Chinese website JD.com, at a price of 1999 Chinese Yuan, which would convert to around $326 US, and nothing is known about it coming to the rest of the world. If Disney were to sell it someplace else, I’m sure it wouldn’t have a problem finding customers.