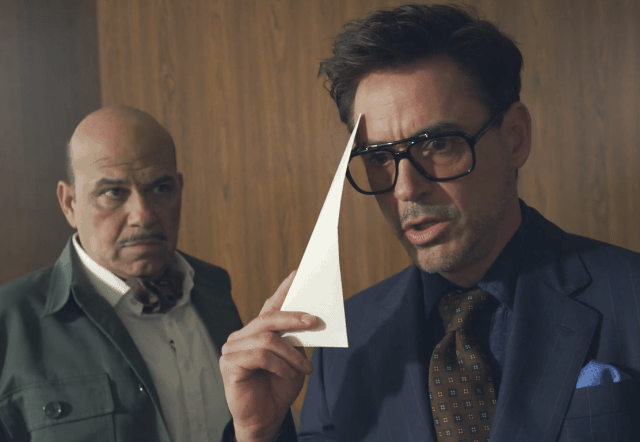 HTC has a new ad campaign that features the Tony Stark, Mr. Iron Man himself, Robert Downey Jr., in an attempt the company is making to change its image altogether.

The campaign, which is called, very appropriately I might add, “Change”, will start with a series of videos featuring Robert Downey Jr., and will use interesting or funny HTC acronyms, like Humongous Tinfoil Catamaran and Hipster Troll Carwash. In the end, it all adds up to the Here’s To Change slogan, a pretty clever one at that – still, I can’t help thinking of Apple’s Here’s to the crazy ones campaign from back in the day, but that could be just me.

To get a better idea about what it exactly stands for, check out some of it below.

The campaign, says the company in the press release promoting it, uses the Hollywood star as the “instigator of change”, the man that will start the changes the company is capable of. It will also include social engagement and “experiential activities”. I for one can’t wait to see where this is all going. Fact is that HTC has almost always made some great, innovative devices, but the company has always lacked when it came to actually marketing them. Maybe this campaign will manage to change that.

What’s certain is that HTC is seriously committing to the idea – why else would it sign the actor for no less than two years? The ads have been filmed in Miami, directed by Brian Buckley and include music by Beacon Street Studios.

The campaign starts with the word plays mentioned above, with the second phase showcasing the company’s innovations, and the third one focused on the way HTC products help their users “drive change” in their lives.

I believe this truly has a lot of potential, and maybe it will actually change the face of HTC in the eyes of smartphone buyers.

What do you think of this new campaign from HTC? Good idea or not so much?