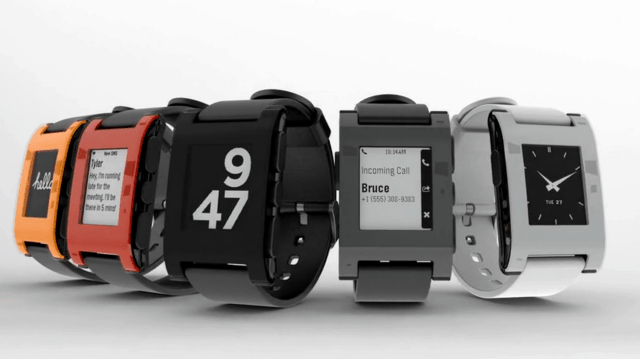 The Pebble smart watch, a device that had the most successful campaign in the history of Kickstarter, managing to raise almost over $10 million, will now be available to the general public, in Best Buy stores.

The device, which runs apps on a custom OS and can communicate with Android and iOS device, is a very customizable smart watch, that you can use to perform a variety of tasks. While it was only for its Kickstarter backers until now, it will now be available for you to purchase in Best Buy locations, as well as on the retailer’s website starting July 7.

The watch, which can be tailored to your own needs with apps and new watch faces and uses an e-paper display so the battery doesn’t bail on you at the most uncomfortable moments, will cost $149.99.

You can watch a video about it, so you can get a better idea, below.

Personally, I think wearable devices will become a big part of our life in the near future, whether they’ll be in the form of smart watches (which quite a few companies, including Sony, are developing) or Google Glass- style gadgets.