Neither the Google Nexus 7, or the 7 inch Kindle Fire HD, are new products on the market, but they’re still some of the most popular ones out there. If you’re on the fence about buying one or the other, our comparison just might be of help to you. 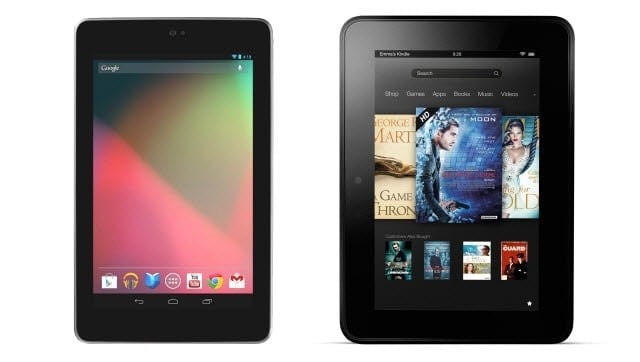 What we’re comparing here is the Google Nexus 7 (which is rumored to be getting a new version soon), and the 7 inch Kindle Fire HD. We’ll go through a series of criteria, so you can make the best possible decision.

Both of these devices have 7-inch touchscreens, and there’s no difference in terms of resolution, either – both are at 1280 x 800 pixels, but the Kindle Fire HD’s screen is an anti-glare one, so it’s easier to distinguish contents on it in bright light.

As far as memory goes, the Nexus 7 comes with storage capacities of 16 or 32 GB (there used to be an 8 GB version, but it’s been discontinued since), while Amazon offers the 7-inch Kindle Fire HD in 8 or 16 GB flavors.

Neither of the two devices come with rear cameras, but they both have front ones, which can be very useful for video calls, for example. Both are 1.2 megapixel. 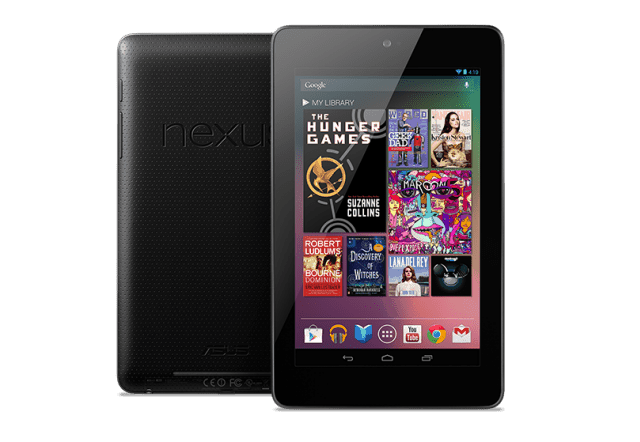 If you want a version that features 3G, the Nexus 7 has you covered. If you prefer to use Wi-Fi, know that both tablets will allow you to connect to your network and also add Bluetooth to the mix. The Nexus 7 also has GPS, allowing it to replace your GPS navigation system.

However, the Kindle Fire HD also offers you a micro HDMI port, meaning you can watch content from it on your TV. 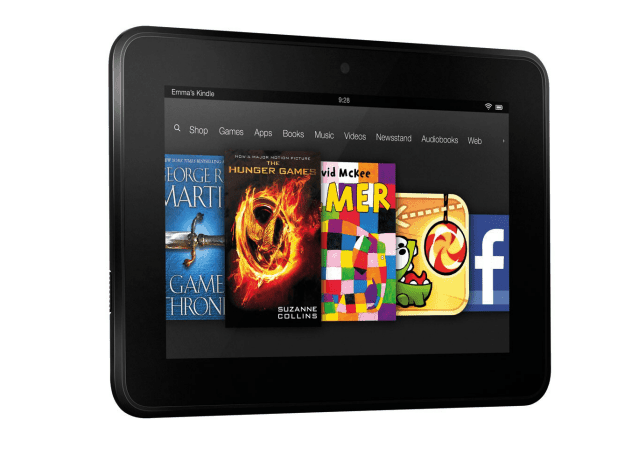 Both tablets claim similar battery lives – 11 hours of for the Kindle Fire HD 7 and 10 for the Nexus 7’. Even if they won’t get you that much, both are still very capable of lasting through a whole day on one charge.
Software
This could be a pretty important selling point for each of the two tablets. While the Nexus 7 runs the latest version of Android Jelly Bean, Amazon’s tablet runs a modified version of Google’s mobile OS. That means that if you purchase the latter, you won’t get access to the Google Play Store. You will, however, be able to buy apps from Amazon’s own app store, which has a pretty hefty offer of apps. Books will come from the same place.

The same goes for services the device integrates – if you’re big on Google services, like Gmail, Google Calendar or Google Drive, the Nexus 7 is probably a better idea for you, while if you use Amazon’s services more, the 7-inch Kindle Fire HD could be more useful to you.

Possibly the most important point for some (although I’d never suggest choosing on that alone). The Nexus 7 is available in the Google Play Store, starting at $199 for the WiFi only 16 GB version. The 32 GB Wi-Fi only version costs $249, while the 3G one (only coming in 32 GB) is $299.

The 7-inch Kindle Fire HD will set you back $169 for the 16 GB version and $199 for 32 GB, if you choose the “with special offers” versions – meaning you’ll see ads on your tablet. If that’s not your thing, an extra $15 on each one will make it “without special offers.”

Check out the following article to get read our fully detailed review of the Kindle Fire HD.

The choice of one or the other of these two devices depends on your preferences and what you plan to do with the tablet. The Nexus 7 may be stronger in terms of hardware, and provides a lot more productivity apps. But if you love your Amazon services, the Kindle Fire HD is probably a better option for you — especially if you’re a member of Amazon Prime. Also, recently Amazon reduced the price of its Kindle HD to $169, which suggest new models will be coming this year. We can assume new Nexus 7’s will also be released this year for the holiday season too.

The bottom line is the Kindle Fire HD is an awesome digital media consumption device, which some capabilities for getting work done. The Nexus 7 on the other hand is more powerful for really getting things done on the go!

By comparing these the two tablets, now will be a good time to pick one up on the cheap. If you’re looking to get the “latest and greatest” you might want to wait until this coming season.

What’s your take? Are you favoring one or the other, or do you have a Fire HD or Nexus 7 and would like to share your comments below? By all means go ahead!