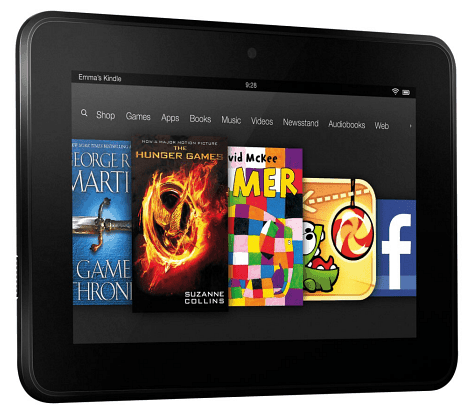 The next generation of the Kindle Fire HD tablets will offer quite some interesting specs, as a recent report says.

It would seem that, as Google is firing on all cylinders with the new Nexus 7, Amazon isn’t lying around doing nothing, either. BGR has got its hands on some more detailed specs of the next generation Kindle Fire HD, quoting multiple sources and, if all of this confirms, you have every reason to look forward to the new slates.

If the data in the report is to be believed, the new 7-inch Kindle Fire HD will have a resolution of 1920 x 1200 pixels, and will be powered by a Snapdragon 800 CPU, coupled with 2 GB of RAM memory. The CPU is said to run at 2 GHz, and Adreno 330 graphics are also part of the package.

The tablet will come in different size capacities of 16, 32 and 64 GB of internal storage. Like the previous Fire HD it will include a front-facing camera, with wireless connectivity. It’s said to run Android 4.2.2, heavily customized as usual by Amazon.

As for the 8.9 inch Kindle Fire HD, it will have the same Snapdragon 800 CPU and 2 GB of RAM memory, but the display resolution will be 2560 x 1600 pixels, and it will also have a front facing camera. And it will have an 8 megapixel rear camera too.

The same source says that benchmarks have been done on the tablets, and they’re getting scores three times the ones the current models achieve. The new models are also said to be lighter and providing more comfort when used.

As far as the release date goes, the report says that Amazon is working with a fall launch date in mind, with the end of September very possible.

This all sounds very interesting and, if these specs confirm, Amazon just might have another winner line of tablets. There’s been no word on pricing yet.