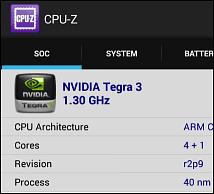 The CPU-Z Android app is perfect if you want to easily find out details about your Android device’s hardware – like the type of processor it uses, GPU info, clock speed and more. Here’s what you can do with this great app.

CPU-Z is a name that’s probably known to almost anyone who has a computer-related job – it’s that simple tool which allows you to find out component details, without too much fuss. Well, a CPU-Z Android app has been recently made available and it’s just as easy to use.

The app is free and can be installed from the Google Play Store. Once installed, you’re getting a very easy to use interface, based on a set of tabs, among which you can switch by swiping your finger right and left on the screen.

The first tab is called SoC and, just as the name says, it will offer you information about your tablet or smartphone’s system on chip. It will tell you things such as clock speed, CPU architecture, as well as data about your GPU.

It also tells you the current CPU load. 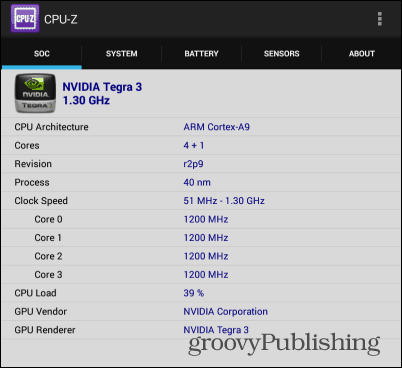 The System tab will show you the model of your device, manufacturer, Android version, screen density, internal storage and the available space, as well as whether the device is rooted or not. If you’re new to Android, check out our article on the risks that rooting has. 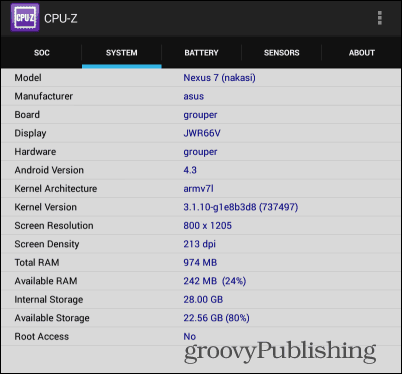 Next comes the battery tab, which shows you its health, level, status, technology, plus the temperature and voltage. It’s a good place to start if you think your battery isn’t performing as well as it should. 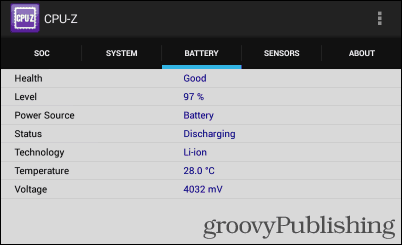 Next is the sensors tab, which should probably appeal most to those of you hiding a little developer inside – it gives you readings from your Android’s sensors at that particular moment, including the gravity one, for example. For the rest of us, it could look like just a bunch of numbers. 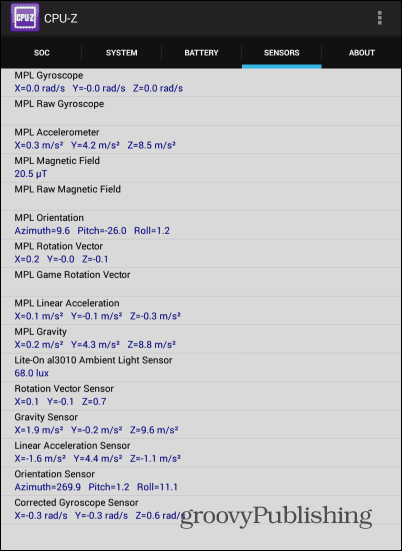 Now, if you press the menu button on the top right side, you’ll be able to access the app’s settings. Not a lot to them, but you can decide which features you want available and also the temperature unit.

All in all, the CPU-Z Android app is a really useful tool, which I always use on a new device, just to get a better idea of what’s happening under the hood.