One of the coolest new features you might not be aware of in Android Oreo is Picture-in-Picture mode. Here’s how to use it.

Android 8.0 Oreo started rolling out to the public earlier this year and has several cool new features. There is a lot to wrap your head around with Android Oreo, but the majority of changes and improvements aren’t immediately obvious. For example, one of the coolest new features you might not be aware of is Picture-in-Picture (PiP) mode on phones and tablets.

Sure, Android Nougat added the split-screen ability for apps, but that isn’t designed for playing video content. It allows you to do tasks such as editing a document, reading email, or eBook, and at the same time, keep your eye a video in a smaller floating window off to the side.

The Picture-in-Picture mode is still in its early stages and not every app supports it. You need to be watching a video or live content in an app that’s enabled for PiP and supports the Andr0id Oreo API. Currently, it’s mostly Google apps that work with it like Chrome and YouTube.

While YouTube is supported, at the time of this writing, you need to be subscribed to YouTube Red. However, if you don’t have Red, there’s a workaround. Open the desktop version of YouTube in Chrome, start playing a video, and then put the video in full-screen mode. Once it’s playing full-screen tap the Home button. 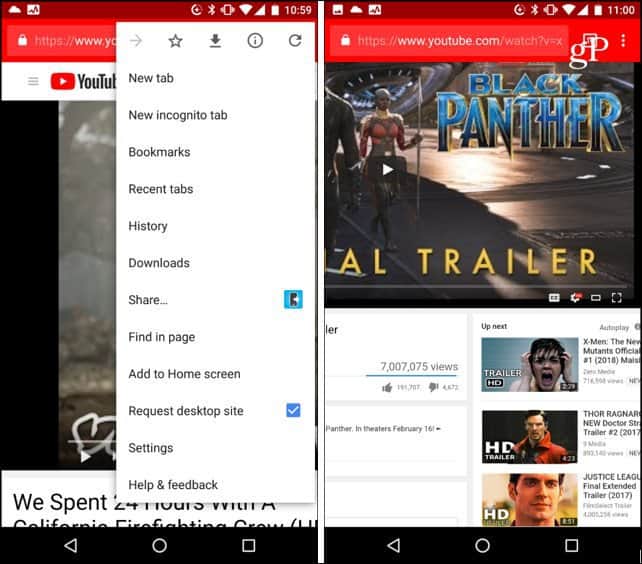 Once you have a video playing in the floating screen, you can slide it to a different position on the screen. Or, tap on it to make it larger and more accessible to access playback controls, go fullscreen, or close the video. 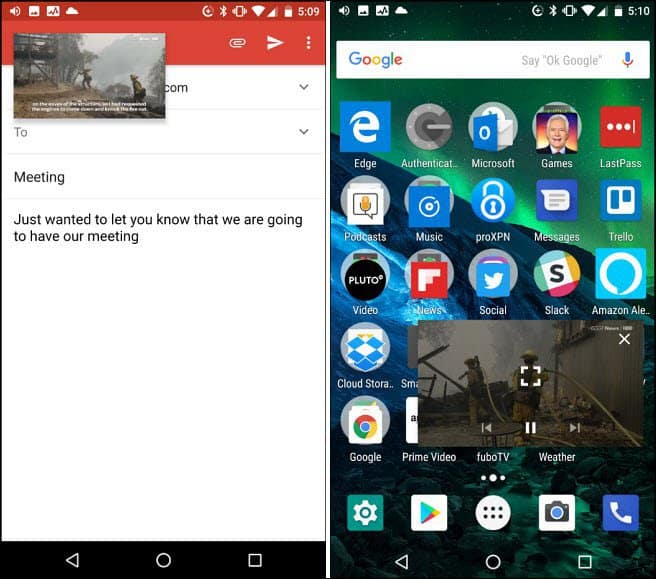 Picture-in-Picture mode lets you view a video in a moveable floating screen while using another app or from the home screen.

While it takes a bit of work to experience PiP on Oreo right now, you can see where it can come in handy once integrated better with all apps in the ecosystem. In fact, VLC has a PiP mode currently in beta, so we’re seeing progress with third-party developers.

Are you an Android 8.0 Oreo user? Let us know what you think of the new Picture-in-Picture mode on your phone or tablet in the comment section below.