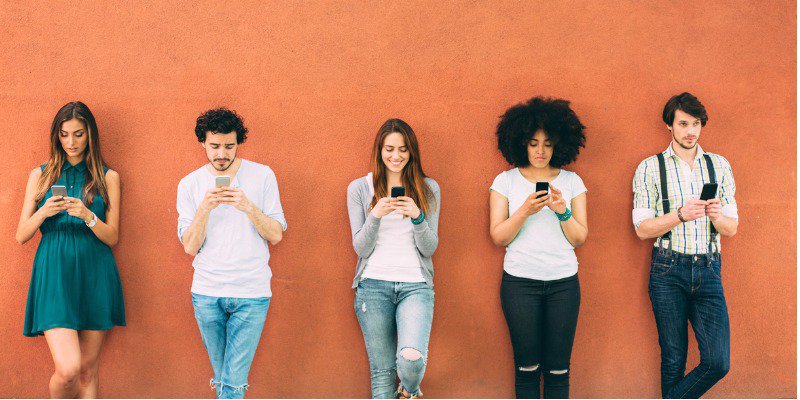 Facebook Messenger recently introduced a new feature to the Android and iOS app, which, in a similar way to the photo capability, this allows you to quickly capture and share short video messages with your contacts. Here’s how the new feature works.

Start a conversation with the contact you want to share a video message with. Now, if you were to capture a photo you would tap the camera button at the bottom of the screen. 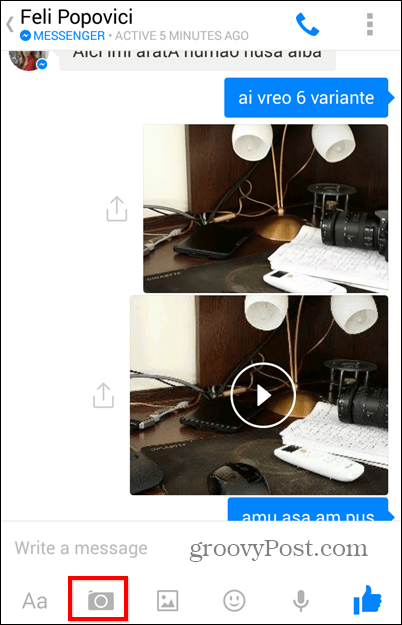 You’ll be doing exactly the same thing if you want to capture and send a video message. The capture window will appear at the bottom of the screen. Tapping the capture button (marked below) quickly will take a picture and send it. 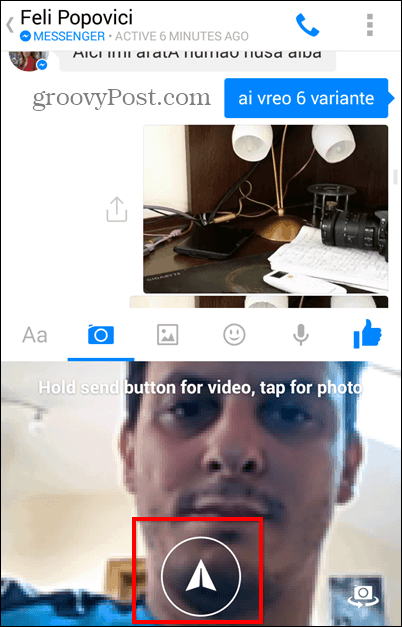 However, if you tap and hold it, the camera will start recording video; the moment you lift your finger, the video gets sent to your contact. Videos can be up to 15 seconds long. 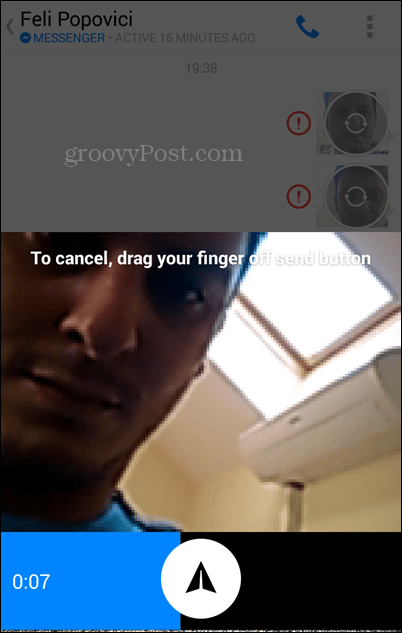 Your contact can just press play and see the video, whether he or she is on a mobile device or on their computer. While kind of a novelty feature, it’s a neat one and easy to use, so I suggest you give it a try. 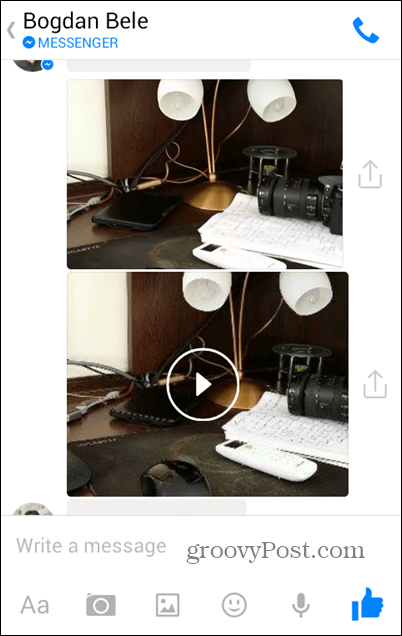