Not all apps include Chromecast support. But the good thing about Android is you can cast digital media whether the native support is there or not.

Google created the Google Cast technology to stream digital media from mobile devices (and Chrome browser) to other compatible displays and speakers. You have probably seen the “Cast” icon in different apps on Android and iOS devices. The cool thing about Android is you can cast anything – even if an app doesn’t natively support the Cast feature.

Many of the most popular apps on Android and iOS do include Google Cast support. For example, when you open YouTube on Android or iOS, tapping the “Cast” icon will give you a list of compatible devices to beam the video too. 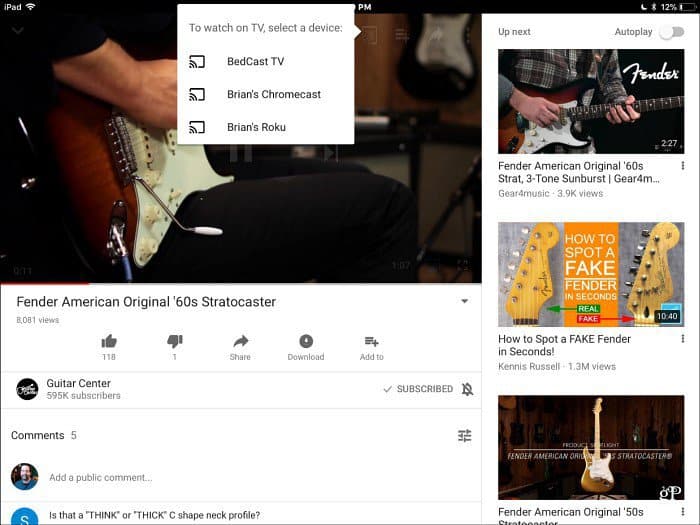 Cast Anything with Android

Not all apps on Android include native support Google Cast, though. Most notably, Audible. A workaround for this is to launch the Audible app and start playing your audiobook. Then swipe down on the notification shade and tap the “Cast” icon and choose the device you want to send the audio to. Also, just like with native support, you can use the basic audio playback controls from the notification shade. 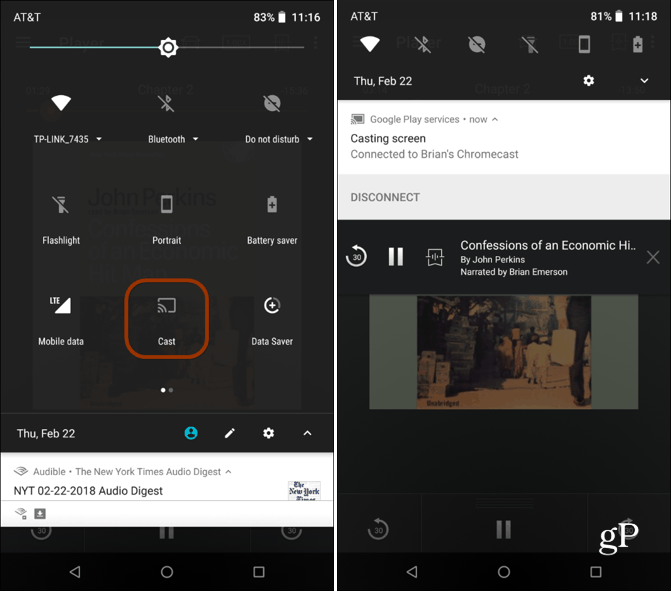 Another option you have for streaming local audio and video files to Chromecast is using VLC. Recently, VLC 3.0 “Vetinari” was released with an updated UI and feature set. One of the new features is Chromecast support. 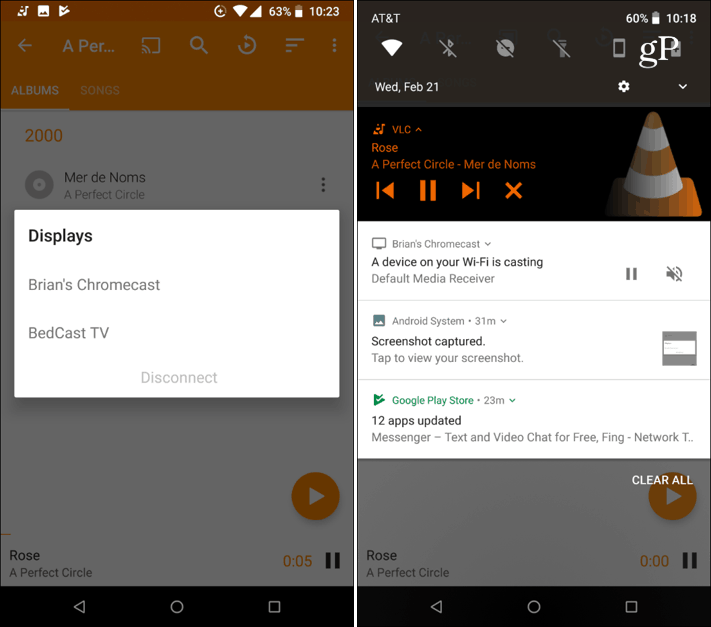 This is a great way to cast local files from your Android phone to your Chromecast device. For more details, read our full article: How to Cast Video from Android and Windows to Chromecast with VLC.

When it comes to casting media from the Chrome browser, my favorite app is the free Videostream to get the job done. There are other neat tricks and tips to stream video from Chrome on your computer to Chromecast-enabled devices.

Google Cast is great when you want to show off photos from your phone on the big screen. And, of course, you can do the same with movies and TV. When it comes to the casting of audio, one of the cool things you can do is create a multi-room whole house audio system with a few inexpensive Chromecast enabled devices.

In the end, with some workaround, you can cast virtually anything you want from your Android to Chromecast. What are some of your favorite ways to cast media throughout your network?