Google Now is starting to become more and more of an integral part of Android users’ lives, and Google seems to be doing everything it can to add new features to it. The new update helps you tell your loved ones that you’re on your way home, among several other cool things. 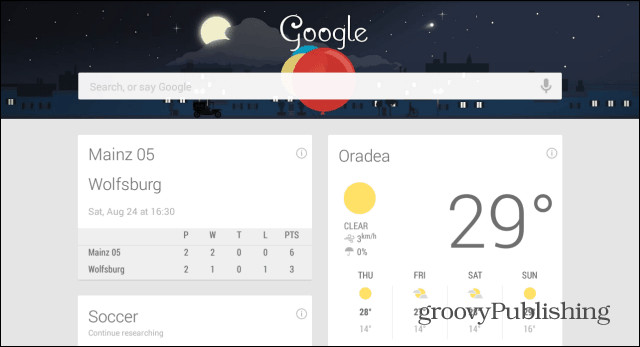 Android’s official Google+ page has detailed the new features the service will be offering in a post. First, the service will become more useful when travelling. It will give you hotel and flight reservation details and will direct you to the rental center. This is similar to how it currently does for boarding passes.

It will be just as useful when going to a concert. It will have your ticket ready for you if it’s a concert that uses electronic tickets.

If you’re a music fan or movie buff, there’s another new feature you’ll find useful – when you search for a band, a movie actor, filmmaker, or TV show, you’ll be able to set reminders. That way, a card will be shown when a new album or release is on the way.

You’ll also be able to make Google Now “listen” to your TV and give you information such as the music in the show you’re watching.

There are also improvements which cater to commuters – the first card is the one telling you when your last train or bus home is scheduled so you don’t miss it.

The second card uses the location sharing functionality which has been recently made available in Google+. If you enable it, your loved ones will be informed that you’re on your way home the moment you’re leaving work.

Last but not least, Google Now will also be offering NCAA football scores, since the season is about to start.

How about you? Do you use Google Now? What do you like or hate most about it?