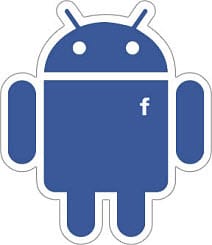 The Facebook Android app has received an update that makes it easier to use, adding the same features that had been offered to users on the beta channel a couple of weeks ago.

Now all users of the Facebook Android app (in which you can change who sees a post, even after said post is up) can benefit from the improvements the new update (which brings the app to version 3.4), brings. Some of them are things that should probably have been there from the start, but it’s better to have them in it later than not at all. Here’s a look.

First of all, an option I personally find very useful, is the ability to share stories from your Facebook News Feed in a private message – until now, you could only do so straight to a friend’s wall or to a page. This is very useful if it’s something you don’t want others too see you’re sharing.

Another useful thing is that chat and bookmarks are much easier to access. How do I mean? Well, you just swipe your finger to the left to open chat, while a finger swipe to the right will bring the bookmark menu to your fingertips, as seen in the screenshot below. 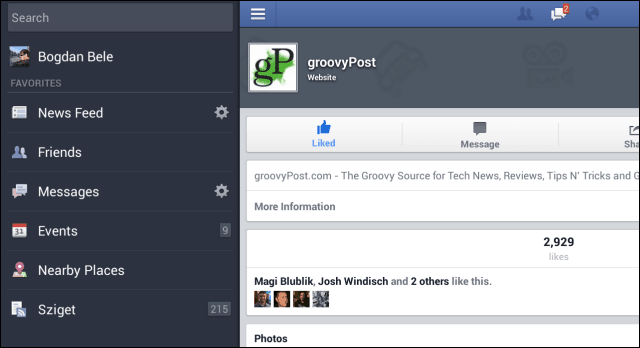 Also important is that Facebook has listened to users’ feedback so you can now move the app to the storage card on Android 2.3.7 and lower – this is especially useful if your device has a limited internal memory, which is the case with older devices anyway.

A bug concerning data transfer when the app started has also been fixed, while those using Facebook Home can now organize their apps in folders by just dragging apps on top of the others.

Another new thing is that you can sign up for the testing of beta versions of the app – some might say that the stable releases are buggy enough, so you don’t need a beta release to experience bugs…