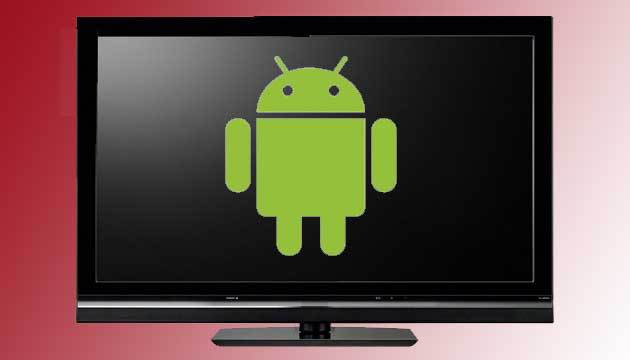 If you love TV series and watch tons of them, Episodify is the app for you. It helps you keep track of your favorite show’s episodes, new seasons, as well as some other useful features.

Keep Track of Episodes with Episodify

I admit to being a binge watcher of TV series’. I watch lots of them, a bunch of episodes at the same time, and sometimes it gets difficult to keep track of what I’ve watched or which episode I’m on. There are so many ways to watch awesome TV these days. With tons of content online and over-the-air it can get annoying trying to keep everything straight.

Fortunately, ever since I found Episodify, my life has become much easier. It’s a simple app which performs all of these tasks for me, in a very simple fashion. First of all, install the app from the Google Play Store, here. It’s free.

It’s straightforward enough. Launch the app and use the search box to find the show you want to keep track of. I chose “The Fall”, a great British show starring Gillian Anderson. As you can see, you get a list of seasons – in this case, just the one so far. If you’ve seen a full season, you can tick it to mark it as viewed. 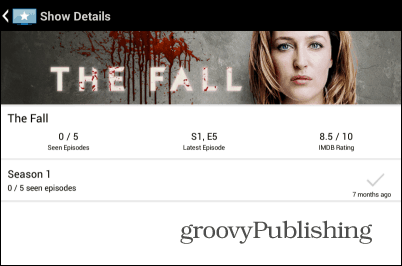 However, if you’re currently watching a show and want to keep track of where you’re at, just click the season you’re on, and mark the episodes you have already watched. That way, when you start watching that show again, you’ll know exactly where you left off. 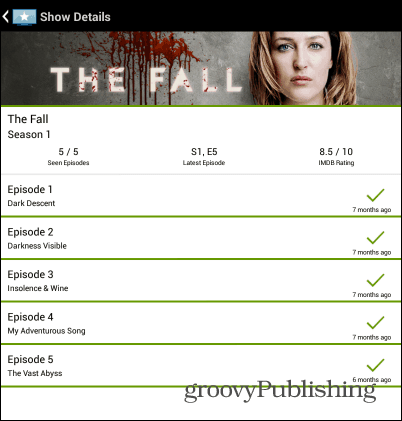 If you press back a couple of times, you’ll be returned to the main screen, where you can get an overview of all the TV series you’re watching. The good thing is that you get the status for each one of them – if it’s cancelled or returning. Also, if it is returning, you will be told when that will happen (provided that information is currently available). Of course, clicking any of the series will take you to the season overview. 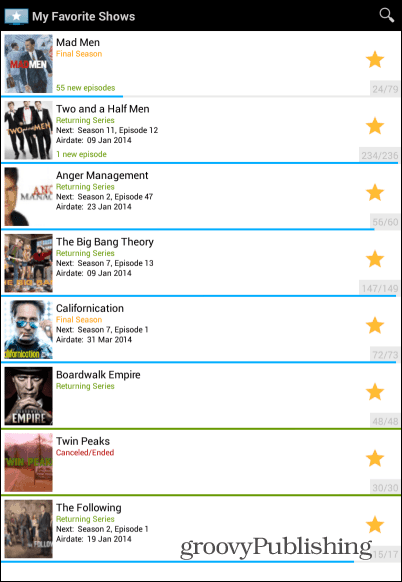 Another great thing is that, if one of your series has a new episode available, you will get a notification via the app. You can tick that episode there and then, to get it out of the way.

If you uninstall the app and reinstall it at a later time, all of your data is synced, so you get it back. I would love for it to be synced with Dropbox, for example, so I could have the same data across my devices. Maybe that will be available in a newer version.

To sum it up, Episodify is a simple app, but one which does just as advertised. If you’re  a TV series maniac, I’m very sure that you’ll find it extremely useful.