Google is trying yet again to reinvent its streaming music service, this time through YouTube Music. Here are five takeaways you can expect with the service.

YouTube Music is Google’s new music streaming service, meant as a competitor for the likes of Spotify and Apple Music. We take a look at how well it fares in that role and whether competitors have any reason to be scared.

To make things as confusing as possible, Google has decided to launch YouTube Music in parallel with Google Play Music. You know, the service it has had available, for a while now. The new service is one of the parts into which Google has decided to split the now-defunct YouTube Red, the other being YouTube Premium. The latter allows you to watch videos ad-free and also gives you access to YouTube Originals content.

YouTube Music is a music streaming service with a twist. Apart from the main catalog of music (the majority of which is present on all music streaming services), you also have access to the ton of music that is available on YouTube, with or without artists’ permission. A Premium subscription will give you, for $9.99/month, access to all that music ad-free. More importantly, the screen of your phone can be locked if you’re using the mobile app.

I personally have received a 6-month trial as Google Pixel 3 XL user and have decided to take advantage of it. If you are a Pixel user, just install YouTube Music and go to the Premium Trial section to get started.

The service is available as a mobile app, which is nicely designed, in the spirit of Android and it seems to be the main way the service is meant to be consumed. It is also available on the desktop but, as opposed to the likes of competitors Tidal and Spotify, there is no desktop app.

Google has decided to go with a web app, which you can access here. It looks like a music-focused version of YouTube and it’s quite easy to use, with suggestions of things like playlists, videos, or live performances. You also have a Hotlist of current videos, as well as access to your own Library. A Progressive Web App (PWA) is really what this service needs while listening on your computer. In fact, Spotify already has a PWA with Chrome that you can use on Windows 10. 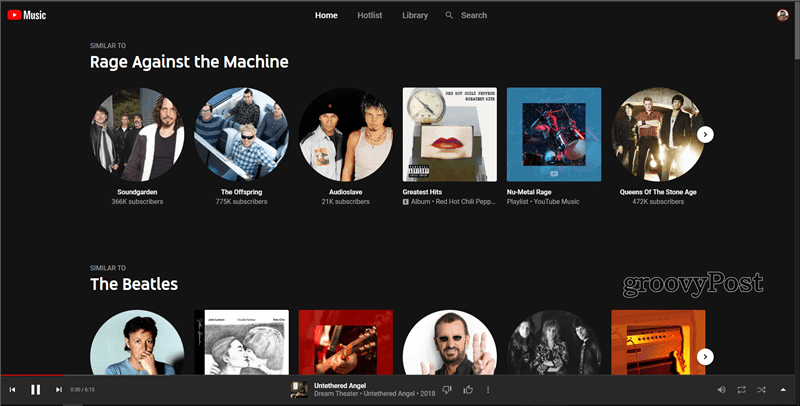 If you’re an Android user, I’m sure you won’t have any problem getting the hang of the mobile app that comes with the service. It’s easy to use, it is built in the exact same spirit and it has the ability to stream via Chromecast. And it’s a good thing that it does because Google decided not to bother with a dedicated app for Android TV (at least for now).

Chromecasting to your TV works fine, though, and you’ll get the satisfaction of seeing a dedicated YouTube Music splash screen when the stream starts.

Coming back to the app, I do like its slick, simple interface and I also like how you can set it to audio only. If you’re on a mobile connection, that could prove very useful to you in terms of saving data. The app will only play the audio, even if the source itself is a video. This is done by tapping the switch on the top right side of the screen. 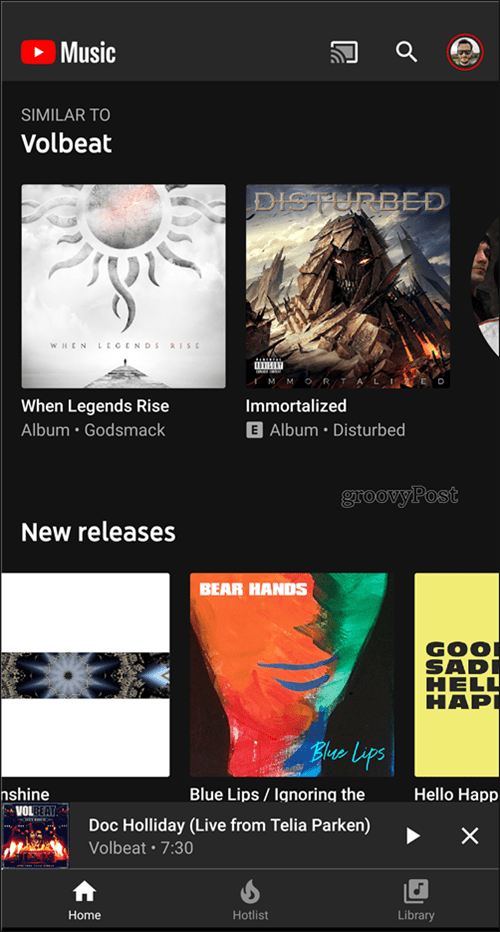 In terms of quality, you can select between Low, Normal and High, both on Wi-Fi and on a mobile connection. But what do these tiers mean in real life? Here’s what a Q&A about the service says:

If you stream at Normal quality, you are getting 128kbps AAC as your bitrate. For premium subscribers, we offer High quality which is 256kbps AAC. If you have flaky network connectivity or want to save data, you can switch to low quality which is 48kbps HE-AAC. 256kbps AAC is equivalent in audio quality to the 320kbps CBR mp3 that we had for GPM, but it uses less data.

The conclusion is that Google’s music streaming service offers about the same as Spotify Premium in this sense, but much less than Tidal Premium. You can choose the quality you want in the app’s settings.

Recommendations Could Be Better

Although Google seems to be doing a good job in some respects, recommendations feel a little too artificial for my taste. I used Apple Music and Spotify in the past and the service does have a bit to learn from its competitors in this respect. I can’t exactly put my finger on it, but it somehow doesn’t seem to be personal enough and tailoring recommendations to the user is, for a lot of users, the main reason why they pick one service over another, especially when the quality is comparable. 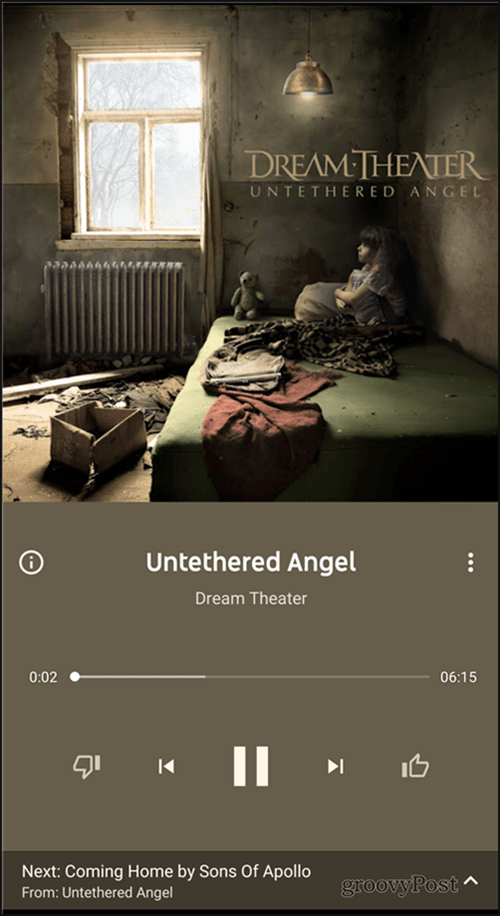 Not yet, it isn’t. Google’s service seems to have a lot of things that could make it a success, but at this point, it doesn’t really seem to have anything that could definitely set it apart from its competitors. But you don’t have to take my word for it. Do the free trial and see for yourself if you want to keep it afterward as your preferred streaming service.