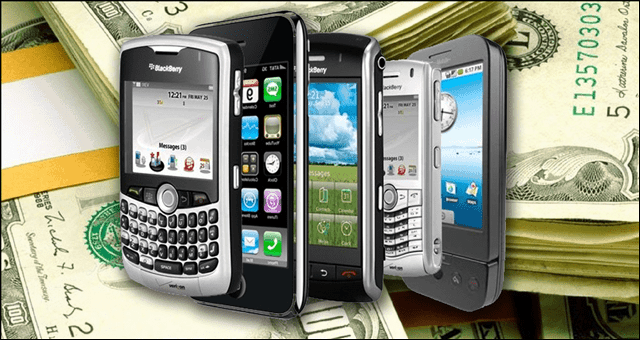 Don’t fall for the big carrier scam. Pre-paid cell phone plans can save you thousands of dollars on your smartphone voice, text, and data connectivity.

In the United States, there are the “big three” carriers, consisting of At&t, Verizon, and Sprint. These carriers force customers into a 2-year contract that is only breakable with heavy termination fees, which usually equate to paying out the rest of the contract all at once. T-Mobile has been the largest alternative to these companies over the past decade, but in recent years smaller alternatives have arrived on the market which gives the “big three” a run for their money. The fact that people are moving away from the “traditional” contract mobile services is only perpetuated by T-Mobiles recent removal of all contract plans from its service.

Despite the news the pre-paid services are generating, it still leaves a few of the most important questions up for debate, namely:

This article is the first in a series of three where I’ll be reviewing each of these three questions. To start, let’s talk about pricing and review the pricing models for each carrier covering both the contract based pricing and pre-paid plan.

Before getting into a pre-paid discussion, there is one stigma that needs to be dealt with around Pre-Paid being a hassle and time consuming vs. a contract. This is bogus because Pre-paid accounts work pretty much exactly the same as a contract plan except it’s monthly vs. annually. The service can be hooked up to a debit or credit card with automatic renewal each month (unless it is told not to).

I would argue there are two distinct advantages going pre-paid vs. annual or bi-annual contract. The first is that billing is done at the beginning of the month and paid one month in advance. If the bill is not paid at the beginning of the month, service is simply turned off. There aren’t any collection agencies, late payment fees, or any other mumbo jumbo including late fees. Want the service turned back on, just make a payment. The second distinction with paying for pre-paid is that there are typically fewer fees and taxes added onto the regular monthly rate.

All prices shown below are reflective of 2 year periods. Plans listed are concerning devices specified as either Android or iPhone, we didn’t bother to include “basic” plans that don’t have any data.

AT&T Other Add-ons (additional to above prices)

AT&T Other Add-ons (additional to above prices) 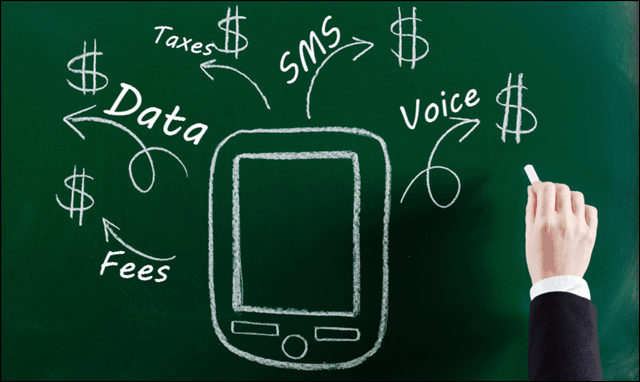 While the prepaid versions for the larger carriers are somewhat improved over their contract rates, they are still priced poorly enough that I don’t think they are worth mentioning.

T-Mobile has recently done away with plan contracts. That means every plan available from the company will be pre-paid. Keep in mind that the company still uses technology contracts, which offers you a low-upfront fee for an expensive phone with the remainder slowly paid off over two years.

Averaging the cost over two years

Each plan and network give you plenty of options to choose from, so instead of creating a 10-page matrix of prices, we’ve gone through and averaged them out for each service provider.

After looking at the numbers, it becomes apparent the price per line varies greatly for contracts but remains mostly consistent for prepaid plans. In the worst case scenario with an Android phone, you can save $633 annually while the best case scenario would be a savings of $1,734 over two years. This doesn’t take into account that some customers may opt for a minimalist account, like myself, which only costs $600 per line over two years on pre-paid. In my case, the difference is a minimum of $1,320 compared to the lowest comparable contract plan, or $2,040 compared to the highest.

What can someone do with an extra $633 to $1,734? Well, for starters it is possible to buy the best phone(s) on the market outright. This allows a person to later sell the phone and upgrade as new phones are released. Being on prepaid also means that if a customer isn’t satisfied with a provider, they can simply cancel service. T-Mobile even goes as far as to offer the phone at a very cheap price upfront, and then it just tacks on $14-$20 per month over two years until the full price of the phone.*

*Note that in the case of the iPhone 5, T-Mobile’s asking price of $99 and its $20 per month technology contract for the iPhone ended up being $70 cheaper than buying the phone directly from Apple.

In Answer to This Question

By switching to pre-paid, mobile customers will save at least $600 over two years. Depending on what plan you’re switching from and what pre-paid provider you choose, the savings could be upwards of $2,040 or more. Any questions?