Have you ever sent an email but wish you could have it back? Here is how to undo sent messages from Gmail on your Android device or on your PC.

Have you ever found yourself in the embarrassing situation of sending an email in haste to your boss, significant other, or to the wrong contact? Email has always been a great tool for getting information quickly while on the go, but at the same time, sending the wrong info could be embarrassing at the least or disastrous at worst. If you deal with hundreds of emails every day, it’s an easy mistake to make. Luckily, Gmail has an Undo feature and here we’ll take a look at recalling a message sent from Gmail on your Android device or computer.

There is nothing you need to set up but do note that you will need to be on a modern version of Android that is running Gmail version 8.7 or higher. After you compose a message and hit the Send button, you will see the “Undo” notification at the bottom of the screen. It will display for approximately seven seconds and if you tap it, you’ll be kicked back to the Compose screen. 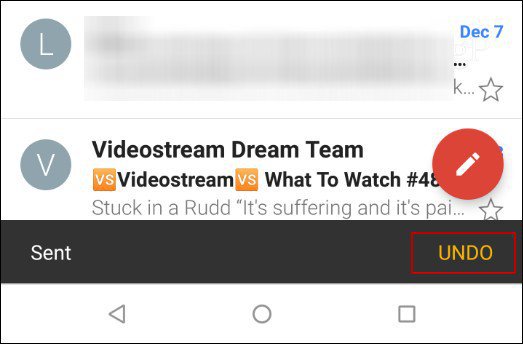 You can also undo a message sent from the web version of Gmail on your computer. After you send a message, you will see an “Undo” dialog pop up in the lower corner of the screen.

While you can’t increase the cancellation time on mobile like you can on your computer version, there is another trick you might want to use. That is to make Gmail give you a confirmation message before sending. On your phone, open Gmail and then in General Settings scroll down and check the “Confirm before sending” box. It will always pop up a confirmation dialog after tapping the Send button. And, even after confirming, it will still give you the normal seven seconds to Undo the message if you need to. 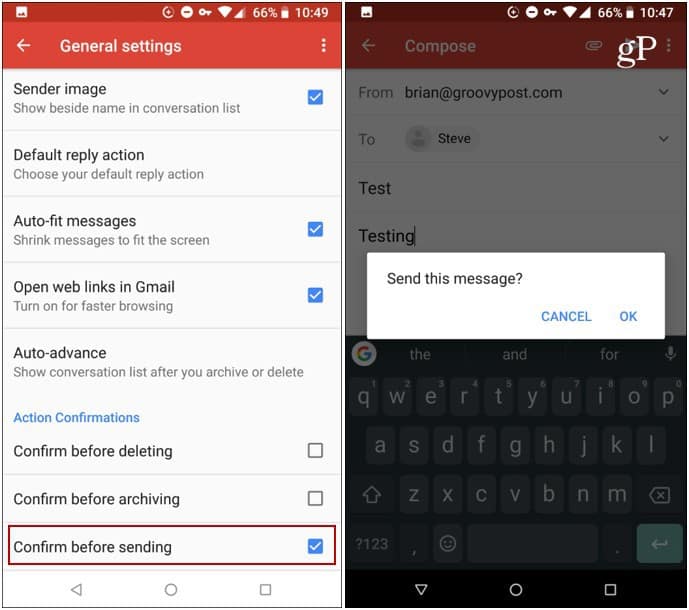 If you want to help save yourself some embarrassment from an angry or drunken message sent in haste, these are some great tools to enable to help prevent mishaps.