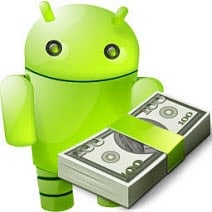 AT&T now has a limited time offer, where you can get some pretty groovy smartphones at 50% off, including some very interesting Android models, like the Samsung Galaxy S4 Active.

The offer stands until June 30, so you should hurry if you want to take advantage of it. It applies to smartphones with prices between $0.99 and $199.99, and is only valid together with a two-year contract. Another important thing is that, if you get a new smartphone through it, the carrier will waive the activation fee, too.

As for Android smartphones part of the offer, you can buy the new Samsung Galaxy S4 Active, Samsung’s rugged Galaxy S4, which has been shown at the Samsung Premiere 2013 event, for $100 instead of $199.99.

You can also purchase the Samsung Galaxy S4, as well as some other interesting devices. However, in the case of the Galaxy S4, you can only go for the 16 GB version (which is $100 with the offer), as the 32 GB one will push things past the $199.99 threshold.

Also tempting would be the HTC One, HTC’s flagship device, or the HTC First, the first device to have Facebook Home running out of the box.

Remember that this is a limited time offer, so you should act fast if you’re planning to take advantage of it!